Dear all!Together with my other dear colleague, Julia Kubisa, we would like to invite you to join us in September in Wroclaw (Poland) at the 17th Polish Sociological Congress. We would mainly discuss (in English ;)) the theoretical and methodological contributions as well as challenges within the most fascinating subdiscipline ever, namely, the sociology of masculinities.

END_OF_DOCUMENT_TOKEN_TO_BE_REPLACED

Together with Julia Kubisa and Praktyka Teoretyczna’s editors I would like to invite you to join our special issue on recent women’s mobilisation in Central and Easten Europe.

Since 2016 Central Eastern Europe has been witnessing an unprecedented wave of feminist protests. Attacks on reproductive rights have galvanised public opinion and brought thousands of people into the streets. Around these protests an effective platform countering right-wing and highly patriarchal governments has started to form. Recent women’s mobilisations are not restricted exclusively to the region, as feminist protests have occurred in other parts of the world as well. Over the past several months, we have witnessed the emergence of the global #metoo movement, Women’s Marches in the USA, and the anti-violence Latin American protest actions organised by NiUnaMenos, to name only a few. However, the specificity of Central Eastern European mobilisations requires a closer look, as they are strongly connected to the recent political changes that have occurred in several countries in the region.

END_OF_DOCUMENT_TOKEN_TO_BE_REPLACED

I’m pretty sure that the majority of you are familiar with the current struggle in Poland with regard to the total abortion ban and may already wonder why I, a gender and social movements researcher, haven’t written about it on my blog so far. The main reason is that the problem is extremely complex and an analysis of the whole spectrum of initiatives, discourses and actors involved in this struggle is impossible to perform in one (user-friendly) blog post. Therefore, after weeks of wondering how to frame the problem, I decided to divide the story into pieces and elaborate on particular issues in separate posts. So today, please enjoy the pilot of this fascinating series, which consists of a very short summary of the 2016 events and an introduction of one of the actors I had a chance to write a paper on back in 2010. END_OF_DOCUMENT_TOKEN_TO_BE_REPLACED

We are very pleased to invite you to take part in the 16th Polish Sociological Congress, to be held in Gdansk, Poland 14-17 September 2016. The theme of the congress is Solidarity in the time of distrust. In addition to the congress’s theme, the programme covers other research fields and one of them will be explored in our working group dedicated to the analysis of contemporary masculinities and gender transgression. The main language of the congress is Polish and the deadline to submit an abstract for a paper to be presented in our working group is March, 31. The general call for papers is available here and below you can find the description of our working group (in Polish).

END_OF_DOCUMENT_TOKEN_TO_BE_REPLACED

The Center of the Study of Men and Masculinities is an organiser of International Conference on Masculinities: Engaging Men and Boys for Gender Equality which will take place in New York City between 6th and 8th March 2015. The main aims of the conference are: “To infuse men’s activism in support of gender justice with the rigor and insights of the most up-to-date research;  (2) to increase cooperation and ties between academic researchers who address various gender issues, and feminist activists, practitioners, and advocates.” The deadline for submitting proposals is October, 31st. Proposals should be submitted online and any questions about the proposal process should be directed to csmmsb2015@gmail.com. More information about the conference can be found under following link: Info 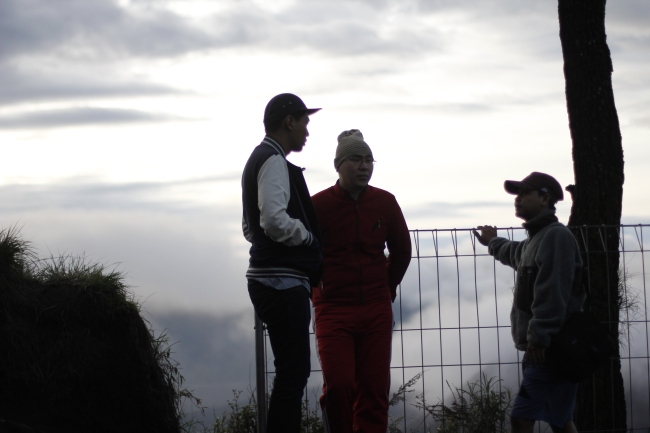 The Editors of the Special Issue of Studia Humanistyczne AGH „Men and masculinities in the European dimension” warmly welcome scholarly contributions from all interested in critical studies on men and masculinities in Europe. In recent years in social and cultural studies voices about rapid changes in social relations, including the gender dimension, have increased. These changes have lead Karl Marx’s statement “All that is solid melts into air” to seem highly topical, especially when it comes to the recent challenge of the social gender dualism (Connell 2002). As a result of the inversion of the traditional gender paradigm, contemporary academic discourse implies the existence of non-typical, ambiguous “femininities” and “masculinities” and thereby analyses and justifies the coexistence of diverse, complementary and/or contrasted types of gender identities (Connell 2005).
END_OF_DOCUMENT_TOKEN_TO_BE_REPLACED